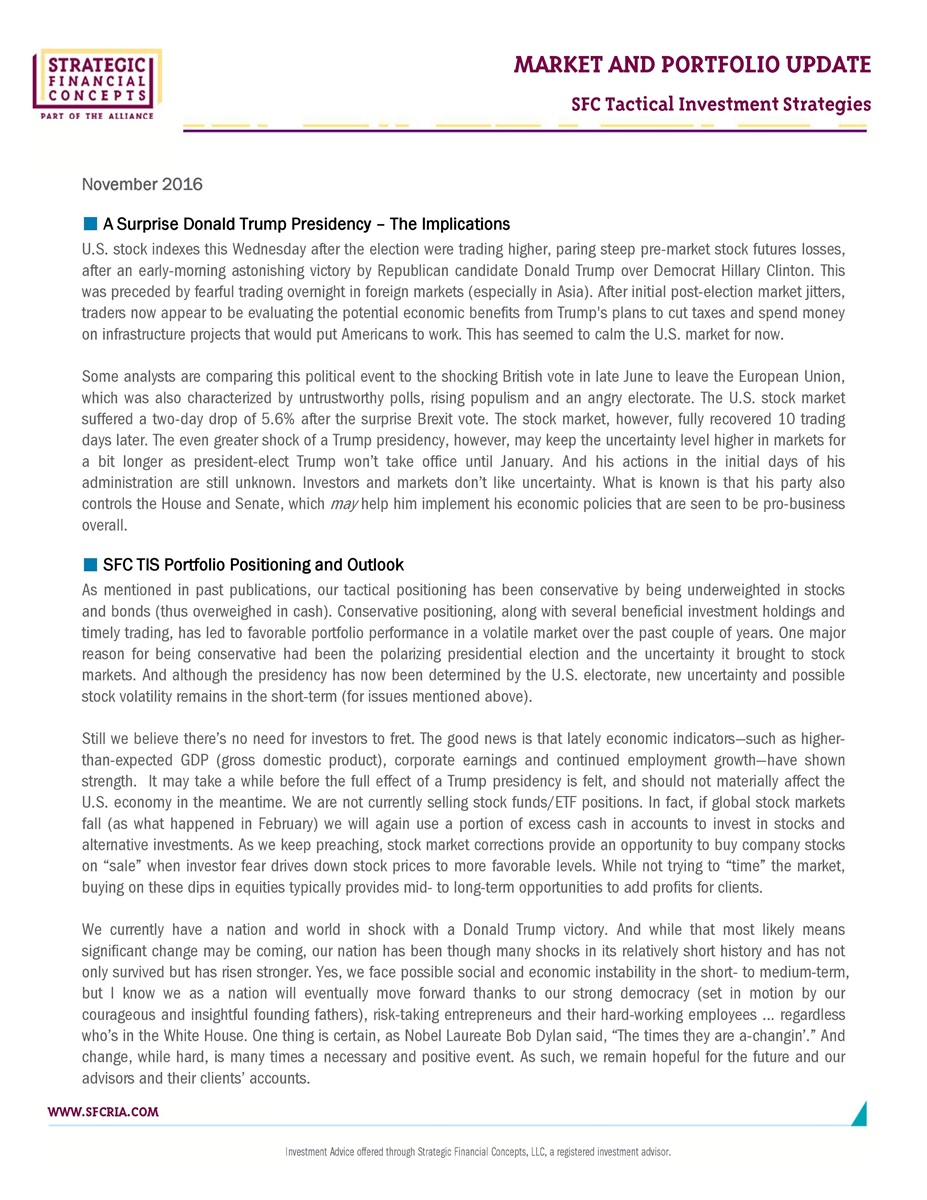 Equities
The U.S. stock market posted its biggest quarterly gain since the last quarter of 2015—extending the fourth quarter post-election rally—lifted by a brightening economic outlook and rising confidence among businesses, consumers and investors. The Dow Jones Industrial Average posted a 4.7% gain, while the broad S&P 500 Index jumped 6.1% over the past three months. Despite a range of uncertainties across the globe including elections in Europe and a fledgling Trump administration, the first quarter of 2017 was the least volatile in more than half a century. The CBOE Volatility Index (known as Wall Street’s “fear gauge”) recorded its second lowest quarterly average on record, according to the WSJ Market Data Group.