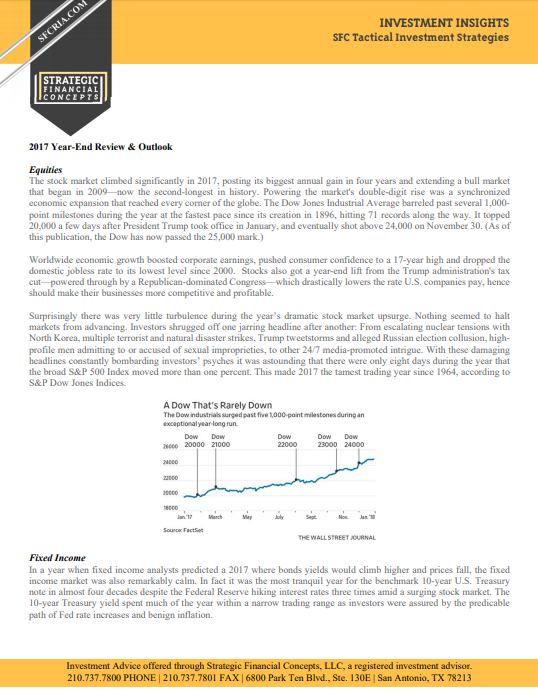 The stock market climbed significantly in 2017, posting its biggest annual gain in four years and extending a bull market that began in 2009—now the second-longest in history. Powering the market's double-digit rise was a synchronized economic expansion that reached every corner of the globe. The Dow Jones Industrial Average barreled past several 1,000point milestones during the year at the fastest pace since its creation in 1896, hitting 71 records along the way. It topped 20,000 a few days after President Trump took office in January, and eventually shot above 24,000 on November 30. (As of this publication, the Dow has now passed the 25,000 mark.)