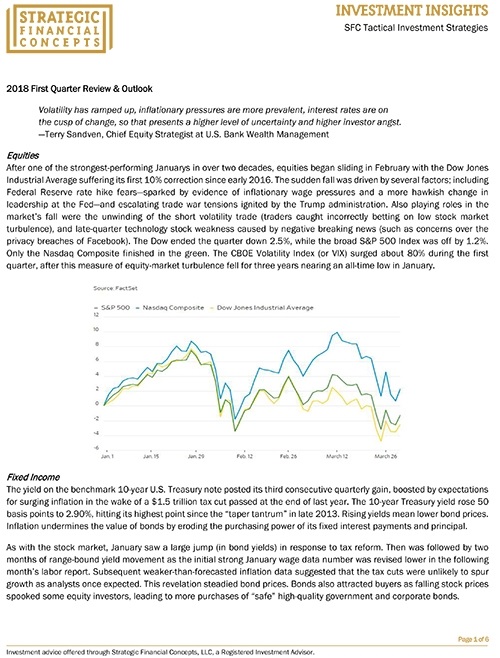 After one of the strongest-performing Januarys in over two decades, equities began sliding in February with the Dow Jones Industrial Average suffering its first 10% correction since early 2016. The sudden fall was driven by several factors; including Federal Reserve rate hike fears—sparked by evidence of inflationary wage pressures and a more hawkish change in leadership at the Fed—and escalating trade war tensions ignited by the Trump administration.