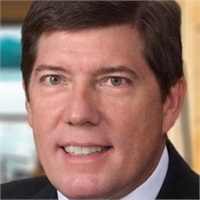 Ed Yale is the founder of Concho Investment Advisors. Ed has over 30 years of experience in securities and investments, mainly as a Wall Street “quant” analyzing and evaluating complex financial investments.

In the late ‘80’s and ‘90’s he worked as a fixed income research analyst for Credit Suisse in New York and Dallas and with Bear Stearns in Dallas and Los Angeles. With industry-leading bond analytics, Mr. Yale created an analysis that institutional money managers could use to generate incremental portfolio returns. In 1998 he moved to Austin Texas where he worked for an innovative firm creating funding arrangements.

From 1999 to 2002 Mr. Yale taught investment management and other finance courses as an adjunct professor in the Finance Department of the McCombs School of Business at the University of Texas at Austin. In the mid 2000’s Mr. Yale worked with Amherst Securities, a national broker-dealer, developing models for the valuation of non-agency mortgage-backed securities. In 2009 he moved to San Angelo, Texas where he and his wife were able to become more involved in the oversight of the family’s ranch.

From 2009 to 2015 Mr. Yale worked with Equifax’s Capital Markets Group to research, develop, and market a leading new product that enabled investment managers to use consumer credit data to value residential mortgage-backed securities.

In 2016, Sonora Bank hired Ed to create a wealth management subsidiary. It was there that Ed realized his passion for helping others manage their investments and their finances. When Sonora Bank canceled that project, Ed knew his next step was to strike out on his own and he founded Concho Investment Advisors.

Ed lives in San Angelo, Texas with his beautiful wife and 3 children. When he is not in his role as Family Events Coordinator or Assistant Ranch Hand, he may be found running, biking, or hiking. He is currently the Chairman of the Finance Committee at the First United Methodist Church of San Angelo.