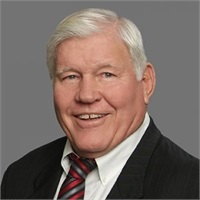 Robert graduated from Texas A&I with a bachelor's degree in education. He then attended Our Lady of the Lake University to obtain a Master of Education. He taught and coached in San Antonio for 12 years. Robert then joined AIG (American General) in 1980.

Robert is a managing principal of National Financial Alliance, LLC. During his 27 years in the financial service industry, his firm has achieved numerous awards. The most prestigious being the Legion of Honor given in 2002. Robert focuses on the development of new advisors by leading from the front and knowing when to push from behind. He helps clients determine their financial goals and educates them on programs they can use to reach them.

Robert married his high school sweetheart, Garnett, on May 31, 1969. They have three children and seven grandchildren.